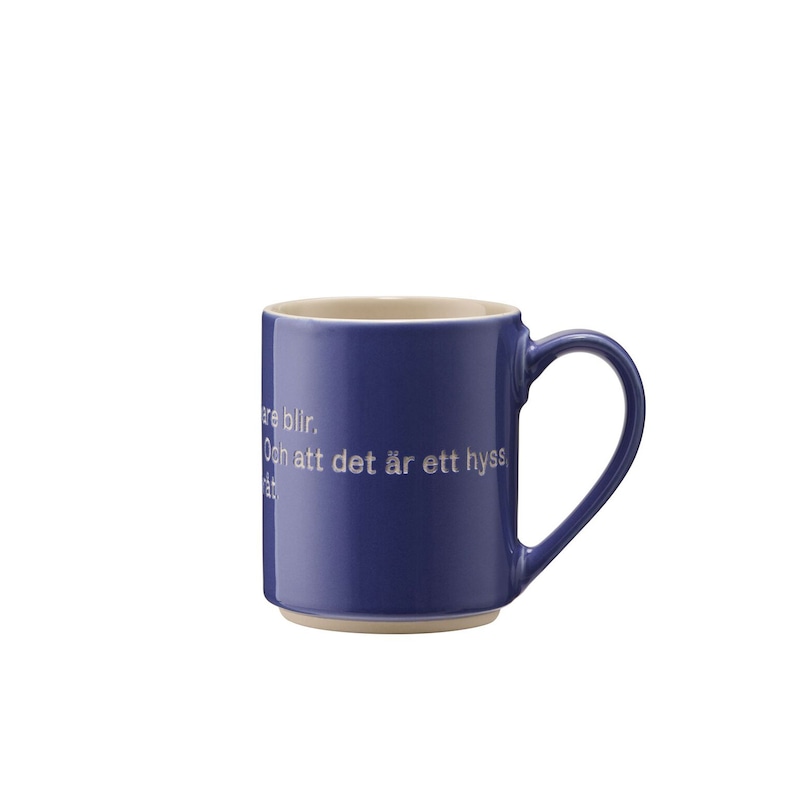 This mug is part of the collaboration between Design House Stockholm and Astrid Lindgren AB. Thoughtful and beautiful quotes from one of our most beloved writers, Astrid Lindgren, has been engraved on colourful mugs. The quotes comes from both Astrid herself and her characters, and in the bottom of the mug, the character which the quote comes from from is illustrated.

The quote that is written on this mug is said by Emil in Lönneberga and reads: S’not something you plan, mischief, it just happens. And knowing it’s mischief, well you don’t until it’s happened.